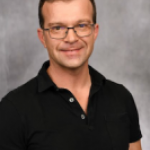 Owen Cooper is a senior Research Scientist in the Cooperative Institute for Research in Environmental Sciences (CIRES) at the University of Colorado Boulder.  He works closely with government scientists in NOAA’s Chemical Sciences Laboratory in Boulder, Colorado.

With the goal of conducting scientific research that is highly relevant to public health issues and policy development, Owen's interests pertain to: regional and intercontinental transport of atmospheric trace gases, dust and aerosols; trends in U.S. and global air quality; the global tropospheric ozone budget and trends; and stratosphere-troposphere exchange processes.

Owen is an author on 118 peer-reviewed publications and has contributed to several assessment reports including the fifth and sixth IPCC assessment reports, the annual State of the Climate Reports, and the Task Force on Hemispheric Transport of Air Pollution.  In 2014 he established IGAC’s Tropospheric Ozone Assessment Report (TOAR) and has continuously served in TOAR leadership rolls.

Further information on his work can be found here: