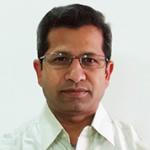 Manish Naja is a senior scientist and vice-chair of Solar Physics and Atmospheric Science group at ARIES, Nainital. He pursued his doctoral research work at PRL, Ahmedabad and has worked as a postdoctoral scientist at FRCGC, JAMSTEC, Yokohama and NIES, Tsukuba, before joining ARIES. His major research interest has been in the observations of the trace gases using surface based, ship-borne and balloon-borne instruments. He has been involved in INDOEX (Indian Ocean Experiment), GOSAT (Greenhouse Gases Observing SATellite), GVAX (Ganges Valley Aerosol Experiment) programs. Now, he is actively involved in studying the influence of long-range transport, regional air-pollution and air quality over South Asia utilizing regional and box models and satellite data. He is the PI of ISRO’s (Indian Space Research Organization) AT-CTM (Atmospheric Trace gases Chemistry Transport and Modeling) and ARFI (Aerosol Radiative Forcing over India) projects at ARIES. A wind profiler (Stratosphere-Troposphere Radar) is also coming-up at ARIES and he is leading this facility. He is also heading academic committee at ARIES, which is responsible for the PhD program of the Institute.