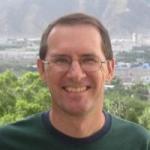 Jim Crawford received his B.S. in Mathematics from the United States Military Academy in 1986 and his Ph.D. in Atmospheric Chemistry from the Georgia Institute of Technology in 1997. Since that time, he has been a research scientist at NASA’s Langley Research Center. From the start of his graduate studies in 1991 and throughout his career, his research has been associated with airborne field studies conducted across the globe by NASA’s Tropospheric Chemistry Program and collaborating partners. His interests include the photochemistry of tropospheric ozone and free radicals, the global budget of reactive nitrogen, the influence of clouds on trace gas transport and chemistry, and the use of satellites to study long-range pollution transport and air quality. Most recently, he has served as the principal investigator for an air quality focused field study (DISCOVER-AQ) aimed to improve the diagnosis of surface air quality conditions from satellite observations. He currently serves as the Atmospheric Chemistry Editor for the Journal of Geophysical Research - Atmospheres. He is also co-lead of the recently formed IGAC/SPARC joint activity on Atmospheric Composition and the Asian Monsoon (ACAM).