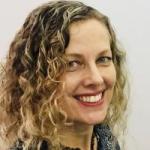 Judith is a permanent Professor at the Department of Atmospheric and Climate Sciences of the Federal University of Rio Grande do Norte (UFRN) in the city of Natal, Brazil since 2011. She studied Geophysics at the University of Cologne, Germany and obtained her PhD at the Max Planck Institute for Meteorology in Hamburg,Germany (International Max Planck Research School for Earth System Modeling) in 2006, before spending her postdoc and and later working as an associate researcher at the Brazilian National Institute for Space Research (INPE) in São Paulo, Brazil for a period of six years.

Judith's main research interests are: Air quality modeling and data assimilation, emissions, feedbacks between atmospheric chemistry and climate, atmospheric aerosols (modeling and Lidar measurements). Judith is a lecturer of Atmospheric Chemistry and Air Pollution classes at the universities' Graduate Program in Climate Sciences (PPGCC) and also teaches Air Pollution and Atmospheric Sciences in the Meteorology and Environmental Engineering bachelor courses. Judith was actively involved in the foundation of the Department of Atmospheric and Climate Sciences at the university in 2015.