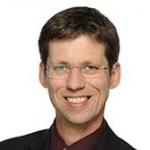 Mark Lawrence is a scientific director of the cluster “Sustainable Interactions With the Atmosphere” (SIWA) at the Institute for Advanced Sustainability Studies (IASS, www.iass-potsdam.de) in Potsdam, Germany. His primary interests lie in assessing the co-benefits of short-lived climate forcers (SLCFs) like ozone, numerical modeling of the chemical weather and chemistry-climate interactions in the troposphere, and trans-disciplinary research into the effectiveness and side effects of climate engineering.  He has authored or co-authored over 100 publications on these and various other topics, including deep convection and its impact on atmospheric chemistry, lightning NOx production, and biosphere-atmosphere interactions. He received his PhD in Earth and Atmospheric Sciences from the Georgia Institute of Technology in 1996, followed by positions as a postdoc and research group leader at the Max Planck Institute for Chemistry.  He has been teaching regularly at the University of Mainz since 2002, has supervised numerous PhD students, is co-coordinator of the EU Project MEGAPOLI, has been an associate editor of Atmospheric Chemistry and Physics (ACP) and on the editorial board of Atmospheric Environment, is a member of the UNEP/ABC-Asia science team and organizer of three ABC training schools in Bangkok (2006) and Kathmandu (2008, 2011), and was program Chair for the 2006 CACGP/IGAC/WMO symposium in Cape Town.